Glenn Baldwin has been in the printing industry since he was a kid. Being raised in his dad’s printing company in Dallas, he was set to follow in his footsteps. Little did Glenn, or his dad, Gary, know, he would greatly multiply and grow what his dad started. In the beginning, he ran a two color small press. He quickly realized being a pressman was not his calling.

Glenn is a people person and wanted to be in front of customers. Glenn took a $750,000 business to running sales of
$7 million over the years. He has always believed in great customer service and solid professional relationships. To this day, some of his original customers are still his most loyal because of that belief. He takes great pride in those relationships as well as the work he provides for his customers.

Glenn has been with Metropolitan Press, Inc. since August of 2019. His business and relationships continue to grow.
His vision is the same now as it’s always been. Treat people fairly and give the best service possible.

He has always been supported by his wife, Blair. She is his high school sweetheart of over 30 years. They have two grown children and two grand kids, who they love to spend time with. 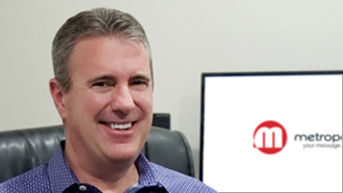 Cart has been replaced

Login first to save cart
Back
Scroll to Top